It has been two months since my SSHRC Postdoctoral Fellowship at the University of Washington has started, and I think now is a good time to publicly take stock of the work that I’ve done so far and then look ahead into the future.

A major part of the first three months of this postdoctoral fellowship (January to March) has been, is, and will be devoted to teaching my course, JSIS C 254, on American religion. Depending on who is speaking, friends and colleagues with whom I have discussed this course tell me that I am perhaps the most fortunate and/or blessed of new teachers: the students participate without my prompting, seek me out during office hours, and genuinely care about the material. We have successfully journeyed through the development of an Anglo-Saxon Protestant consensus in early American religion and explored the rise of a liberal consensus in twentieth-century America. We have also just recently completed a unit on the politics of race in American religion and are now starting a final unit on American fundamentalism.

I will do a more comprehensive reflection on the course when it is completed in late March. What I want to do here is to sketch the ways that teaching this course has shaped my research. As I’ve stated in previous posts, the two objectives of my postdoctoral fellowship are 1) to develop my doctoral research into publications and 2) to embark on new postdoctoral research on younger generation Asian American and Asian Canadian Christians.

Much of what I’ve done over the last two months has helped me to clarify what exactly my research is about and what philosophical and theoretical trajectories I find myself engaging as I prepare for a round of empirical work for my postdoctoral project.

First, I am seeing much more clearly that my work on Asia-Pacific and Asian American Christians ties in intimately with what might be called the liberal tradition. As I’ve said before, liberalism is not the opposite of conservatism. It is instead a philosophical and theoretical tradition that emphasizes the formation of public overlapping consensuses while upholding both rational argument and self-interest. I developed an interest in how liberal ideologies become geographies during my doctoral research on Cantonese Protestants and my argument that they were upholding a theological form of secularity. I realize increasingly that the implication is that while conservative Cantonese Protestants decry the liberalism of mainline Protestants and secular civil society, they themselves have emphasized to me (rightly so!) that they themselves should be considered ‘liberal’ as well for their focus on rationality and self-interest.

In other words, I am clarifying the centrality of interrogating the liberal tradition in my ongoing research agenda. My teaching in American religion has clarified for me the trajectory of how an American consensus was formed and the contributions of Protestant theology to the formation of a liberal tradition in America, one that has come to tentatively also include Catholics and Jews, as Will Herberg would say. On the same token, my recent readings in Asian American studies have also emphasized the connections among religion, racial formations, and liberalism. In the forthcoming issue of Amerasia Journal (40, vol. 1), I reviewed Ellen Wu’s phenomenal history of Chinese and Japanese American collaborations in the making of the model minority stereotype, The Color of Success: Asian Americans and the Origins of the Model Minority Myth. (This review will get its own post when it is out.) The major theme that I picked up in Wu’s history emphasized how American liberal ideologies produced a politics of assimilation, repeatedly framing issues in Chinese and Japanese Americans around integration issues. While Wu doesn’t talk much about religion, her book, combined with my own teaching on liberalism in American religion, brought clarity as I authored the encyclopedia entry on ‘Christianity’ for the SAGE/AAAS Asian American Society Encyclopedia, which I am pleased to announce has been accepted by the editors. My entry focuses on how both Protestant and Catholic threads in Asian American Christianity revolved around the question of assimilation for Asian Americans and that this is why the place of Christianity in Asian American communities is often so contested. Finally, the work around the Asian American open letter to the evangelical church has helped me to see the centrality of liberal ideologies in Asian American evangelical communities and has made me wonder openly about how such liberalism has managed to produce a ‘private consensus’ in American religion.

To the end of exploring the connections between liberalism and Asian American religion more thoroughly, I have a set of publications on which I am actively working that will be sent out over the course of this year. These articles, as well as a possible book manuscript, will develop my doctoral work on Cantonese Protestants and my postdoctoral work on younger generation Asian North American Christians around these theoretical formulations. This is possible because as a geographer, I am no stranger to dealing with what might be called grounded liberalisms. Indeed, when David Harvey published Social Justice and the City in 1973, he meant it to be a philosophical intervention that revealed the grounding of moral philosophies in concrete urban spaces, and he spends much of the book dealing with the insufficiencies of Rawlsian liberalism in urban geography, so much that he has to propose a Marxist way forward. By the time that David Livingstone wrote The Geographical Tradition in 1993, the notion that philosophy and theory were integral to any geographical research project was already the common consensus in the discipline. I’ll be using the resources from my home discipline, then, to address these philosophical concerns in publications that I will submit this year.

Second, I am finally coming to admit that while I have billed my research as focusing on Protestants, the truth is that both my doctoral and post-doctoral research is as ecumenical as it is evangelical, for Roman Catholics are inextricable from the Protestant story. It is thus more fair to say that I research Asia-Pacific and Asian American Christians for the simple fact that I have always included both Protestants and Catholics in my story, just as I have always sought to integrate liberal, liberationist, and evangelical voices in both my research and in my networks. In my doctoral research, I found that Catholicism was more integral to my Protestant story than I had anticipated. My research in the San Francisco Bay Area suggested that the push by some mainline Cantonese Protestants to pursue social justice as an ecumenical effort in fact stemmed from the success of the very successful ministry of the Paulist Fathers at Old St. Mary’s Cathedral in San Francisco’s Chinatown. While Chinese American Catholics and Protestants went quite separate ways after the 1970s in North America, that was precisely the time that they were being drawn together in Hong Kong. Democracy movements as from the Golden Jubilee Incident in the 1970s, the Tiananmen Incident in 1989, and the post-1997 protests for universal suffrage, migrant and labour rights, and religious freedom were all ecumenical efforts. Such ecumenism is calling me to revisit my data for the presence of Catholics throughout my research in San Francisco, Vancouver, and Hong Kong. Indeed, I included research interviews with Catholics in San Francisco, Vancouver, and Hong Kong; at what was perhaps one of the highest points of my research, I was allowed to interview Joseph Cardinal Zen twice in Hong Kong! As it is, my research has never been exclusive to Protestants. Catholics show up in my dissertation. They need to be explicit in my research.

I see the theological interests that can be derived from this empirical research as closely connected with the philosophical concerns that come from my discussion of liberalism. As I showed in my grounded theologies piece in Progress in Human Geography, theological thinkers (both Protestant and Catholic, and beyond the purview of Christianity, by all means!) can be read as honorary geographers because they are primarily interested in how theologies can be grounded in space. My postdoctoral research is causing me to revisit a variety of Protestant and Catholic thinkers from across the theological and ideological spectra to erect a theoretical framework that is fair to the empirical findings.

What you can expect, then, is that there will be a series of publications around my more ecumenical findings from my doctoral project, as well as a commitment to discovering ecumenical collaborations and contestations in my postdoctoral work. I suspect that most of my readers think that I focus exclusively on Asian American conservatives. They would not be wrong to think that social conservatism and the grounded theologies of family values politics takes up a significant chunk of my research agenda, but I expect that they will be surprised as I start publishing on ecumenical partnerships and progressive democratic movements this year. In addition, my emphasis on my research focusing on both Catholics and Protestants will mean that there may be some Catholic publication surprises in the works as well, including some publications targeted for Catholic Studies audiences.

Third, I am discovering that I need to publicly acknowledge my debts to what Cornel West calls ‘the black prophetic tradition.’ By the black prophetic tradition, I refer to a tradition of liberation critique and performative praxis that African American communities have contributed to the public rethinking of racialization in the public sphere. In many ways, these are personal debts that I have discussed when I have written about my personal history, especially my family’s ties to the African American patriarch, the Rev. Dr. J. Alfred Smith, Sr. However, I have seldom discussed how much I have long been influenced by the work of James Baldwin (since high school!), so much to the point that I am in fact teaching Baldwin’s The Fire Next Time in American religion as a book that brings together the poles of Martin Luther King, Jr. and Malcolm X in the black prophetic tradition, much as the academic corpus of James Cone does. In addition, with the emergence of theologians of race like Brian Bantum, J. Kameron Carter, and Willie Jennings, it is much easier to theorize connections between secularization and the geographical politics of race in modernity.

My thinking on race and religion again ties back with my ecumenical interests and my concerns with liberalism. If grounded liberalisms and theologies contribute to placemaking, then in the same ways do racialization and the myriad struggles for racial justice also produce geographies. These spaces have been documented by geographers, and I plan to emphasize that more strongly in my work. Again, this realization about the centrality of race to my work will show up in publications, both in theoretical contributions in my reading of key texts on race in a geographical way as well as in empirical explorations of how my doctoral and postdoctoral projects highlight ongoing problems of orientalization, including self-orientalization. 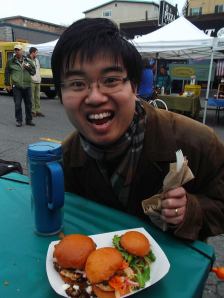 All this is to say that my plate is quite full, and I am quite happy about that. I will be presenting some of this emerging work at various conferences this year, and I will use this blog, as usual, to make announcements about those. Publications are also in the works, as well as teaching syllabi. I look forward to the work ahead of me during this postdoctoral fellowship, and I hope that my colleagues, my readers, and indeed the various publics to which my work may have relevance will find my scholarship helpful and constructive.